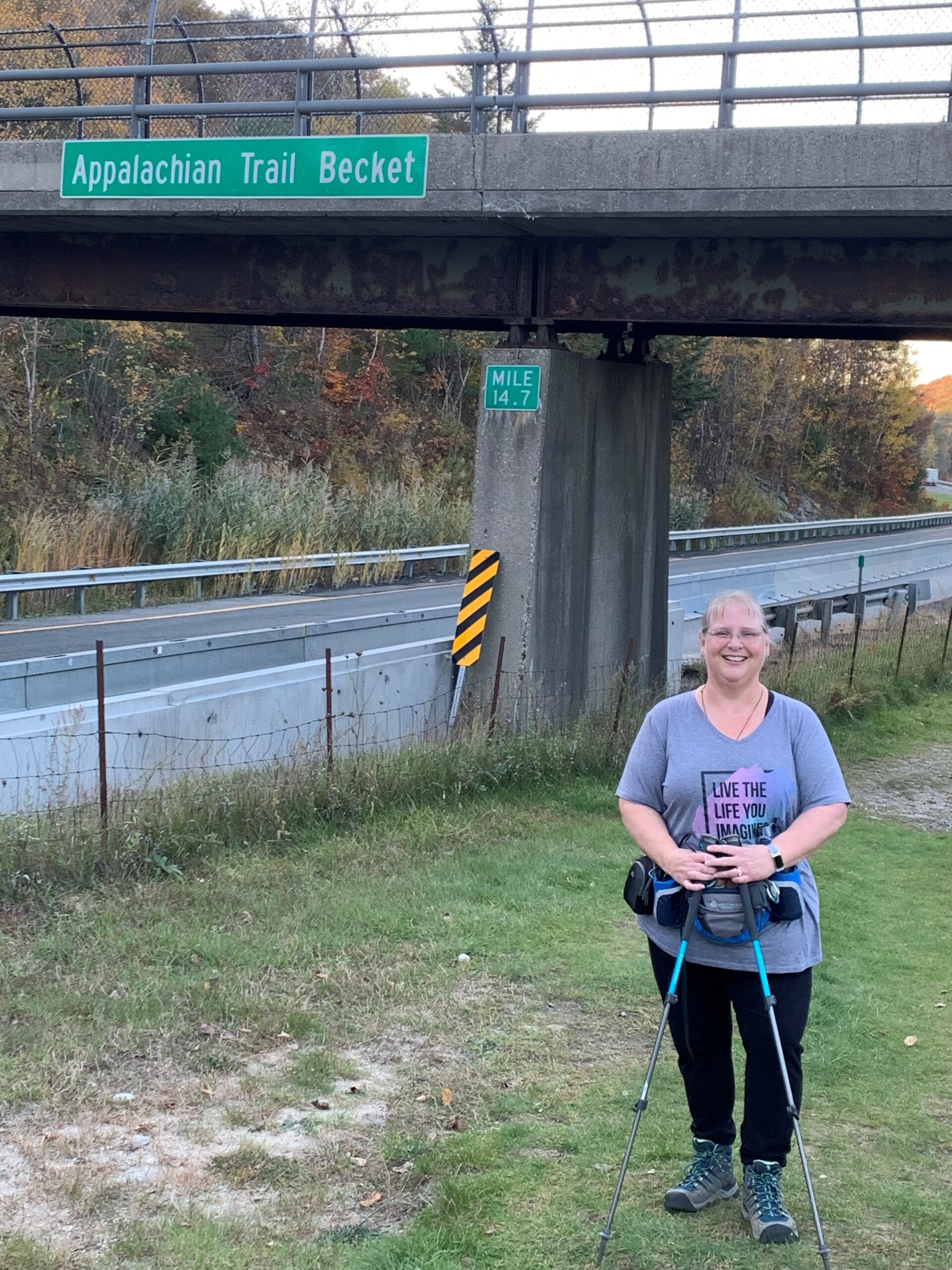 It started with recurring UTIs.

Rovella had spent months fighting infections. She was in and out of doctors’ offices before finally, in January of 2018, she was in the ER with yet another infection when doctors found cysts around her ureter. The cysts were diagnosed as tumors and then Rovella was given shocking news: she had ovarian cancer.

Cancer is always a shock, no matter what kind it is. Ovarian cancer was especially surprising for Rovella, though, since she had already had her ovaries removed years before.

Although rare, microscopic ovarian tissue can remain in the body even after the removal of both ovaries. These cells can migrate to another place and form cancerous tumors. In Rovella’s case, those tumors formed around her ureter, causing kidney stones and infections.

The placement of Rovella’s tumors caused numerous complications during her treatment, with lasting side effects that she is still facing today. In order to remove the tumors, her ureter was detached from her bladder, part of it was removed, and the remaining ureter was reattached to her bladder. Complications from the multiple surgeries included urine leaking from the incision and the shrinking of her kidneys. She was nearly put on dialysis and eventually one of her kidneys was removed.

“I was terrified of medical procedures,” Rovella remembers.

She found support during her treatment online. At the time, she was about two hours from her hospital, and any groups offered in person were inaccessible. So she turned to Facebook. “It was such a relief to know that I wasn’t the only person who felt this way. That this- struggling like this- happens to everyone.”

It was through that group that Rovella found A Time to Heal. Even after a couple of years, she was still working through physical and emotional side effects from her treatment. She credits the class with giving her the tools to deal with her anxiety.

“Sometimes it gets so overwhelming,” Rovella says. “So, on those days, I just try to set three goals, three things no matter how small, that I can complete during the day.”

One of the big goals that Rovella is working towards now is physical. The day we spoke, she was planning the final part of a long bicycle trail. She and her husband have been cycling and hiking trails through the Shenandoah Valley near their home in Virginia. This summer, she also went up to hike part of the Appalachian Trail, which had long been a bucket list item for her.

One thing that Rovella wants to share with any new cancer survivors is to take your time. “It’s okay to give yourself time. Whether it’s time to heal or time to process, whatever you need, give yourself time. Don’t let anyone trample or rush you, or tell you otherwise.”