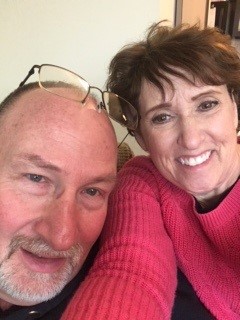 When the doctors diagnosed Holly with breast cancer, she was shocked. Stage 4, they told her, you have a 50/50 chance of survival. The news was terrifying and Holly heard the doctors’ next words through a fog, too numb to take in much of the information and too overwhelmed to ask any questions.

Over the course of her treatment, Holly didn’t ask any questions or do any research. She listened to her doctors and attended her appointments, even when the radiation burned her out and left her anxious and depressed. She felt unable to talk to her team or to her family. She just kept going to each appointment, caught in the assembly line of cancer treatment.

Holly’s treatment didn’t go smoothly. The radiation was rough and it resulted in massive weight loss. Holly’s weight reached a low of 86 lbs during her treatment and she had to be placed on a feeding tube. Although Holly credits that feeding tube with saving her life, it caused anxiety around food and eating that lasted long after her treatment ended.

Throughout her treatment, Holly felt isolated. “I was scared,” she recalled, “I was falling apart.” But she didn’t want to talk to her family or scare her kids. “I never did tell them the odds,” she remembered. There weren’t any support or rehab group for her either. She had a team of doctors, but none of them were cancer survivors, so she felt they couldn’t understand. “It was like their advice didn’t apply to me,” she said.

Holly underwent a double mastectomy and multiple rounds of radiation before she went into remission. However, she said that it took another couple of years for her to start “feeling human.” She worked with another team of doctors, including a dietitian and a psychiatrist, and leaned on her husband for support, as she worked to recover. It was a friend of her husband’s that suggested Holly attend a Survivorship class at A Time to Heal. 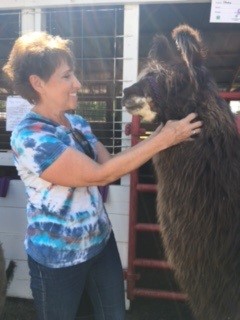 “It was amazing how helpful both class and the manual has been,” Holly said. “I learn so much about mindfulness, and the kinds of things that are ‘normal’ for survivors…I wish I’d had something like the book or the class early in my diagnosis.”

That’s in keeping with Holly’s advice for anyone diagnosed with cancer. “I wish I’d had more information and more agency during the process. It’s easy to get locked into the machinery of treatment,” she said. She recommends everyone have open discussions with their team and understand all their options. “Reach out to every medical resource you have and use them.” The more resources you have, the better you’ll be able to fight for your health. And have people on your side. “I’m so grateful for my husband and my team.” Holly said, “I’m extremely grateful to be alive.”